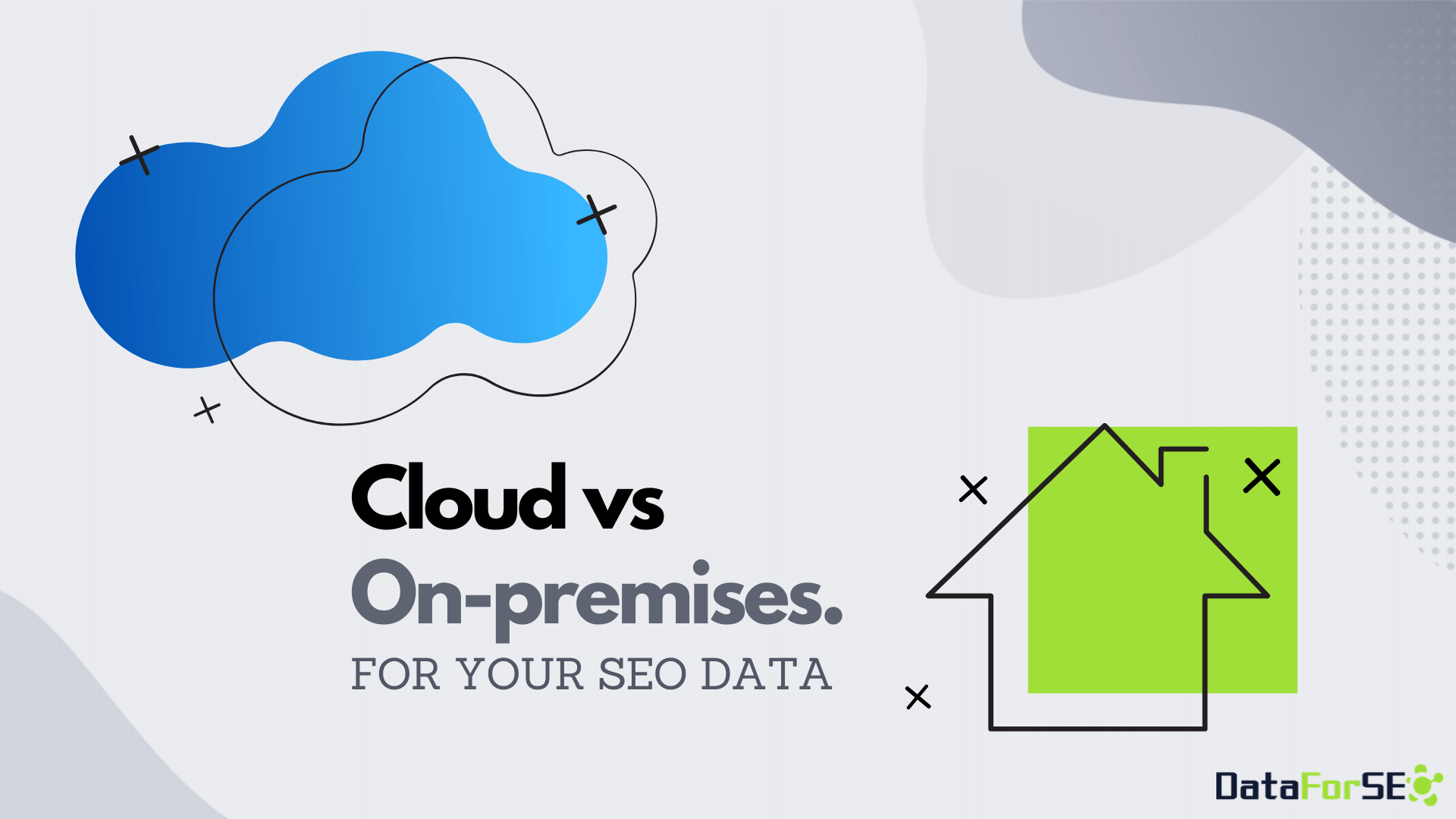 The first thing to consider in terms of the development of your SEO software is the project infrastructure. In general, there are three ways to go:

The latter two are quite similar, as both options have physical hardware constraints. Hence, the question remains if the future is in the cloud. 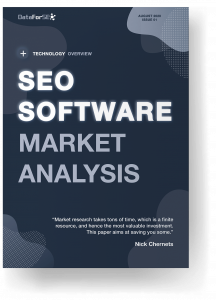 The main benefit of cloud solutions is the scalable server resource allocation, as several servers are linked together to distribute the load. In contrast, the web servers you rent or buy have fixed RAM, CPU, SSD, or HDD storage shares. For example, in case of a sudden traffic spike, the cloud can quickly provide higher support levels. With web hosting, securing more capabilities will be quite lengthy, as you will first have to contact the provider and rent more resources. Having an in-house data center, you will have to provision more hardware to handle the load, and setting everything up can take days or even longer. By contrast, the elastic cloud can quickly furnish you with the necessary resources to meet evolving needs.

For example, Quantcast was initially hosting the applications in several large data centers. However, after experiencing hardware issues and having it quite aged, they realized that moving to the cloud would be more reasonable than provisioning new equipment.

“When we had hardware down, we didn’t always have dedicated technical support people waiting onsite to fix the problem,” says Leah Blank, senior systems engineer at Quantcast. “If a machine went down, sometimes the best we could do would be to mark it decommissioned and work at reduced capacity.”

As the platform largely depends on real-time ad bidding, when the system went down, they were losing money. An important point that led the company to move the essential business operations to the Amazon web services (AWS) was the possibility to grow and shrink the capacity quickly.

“Using AWS, we get virtually unlimited scalability built right into the system. For our QCLearn system, we can automatically scale up to 1,000 instances every day to support customer demand and then scale back down later in the day,” says Blank.

Nonetheless, the cost always remains the decisive factor, especially at the time of uncertainty and limited budgets. In terms of pricing, web servers are probably the most affordable option. However, you can also buy refurbished or used equipment quite cheap for an on-premises datacenter. The main drawback with this option is that you never know how long those “second hand” servers can serve you before something breaks. Of course, you will get a warranty, but getting another server will also take time.

If you buy new servers, the prices can get extremely high, though it depends on the required capacities. Getting back (or up) to the cloud, its flexible nature and weight-relieving benefits come at a hefty price. Yet, in some cases, it can be cheaper than on-premises solutions.

CleverTap founders wanted to launch their platform in the cloud from the very beginning. Anand Jain, the Clevertap co-founder, already had an experience of working with private infrastructure at his previous company, so he knew that provisioning servers, load balancers, and firewalls would delay the launch of their software.

They needed a cost-efficient solution for real-time data analytics and easily scalable infrastructure that could smoothly handle spikes. Amazon web services could give them that. Hosting the entire infrastructure on AWS, they “realized cost savings of 40 percent,” as Jain said, and managed to reduce the development time by 30 percent.

Having everything on the cloud certainly helps to get the software on its feet faster. However, speaking about the cloud’s cost-efficiency, some companies are facing the opposite over time.

Hitting the bricks (of on-premises)

“When you’re lean and just getting started, it’s obviously the way to go,” Eric Frenkiel, co-founder at MemSQL commented about the cloud to Wired, “but the bill started to rise.”

Launched back in 2011, MemSQL relied on AWS to get the computing power for building and testing the product. Virtual servers were a more convenient option at the beginning, plus, the company received $10,000 in Amazon credits from the seed funder – Y Combinator.

As the company was growing, they needed to rent more servers, and their spendings increased significantly.

Frenkiel told Wired that MemSQL would have spent about $900,000 on the cloud service in the next three years while provisioning physical servers would cost them closer to $200,000, which is 4.5 times cheaper in the three-year perspective. Moreover, Frenkiel added that “the hardware will pay for itself in about four months.”

On the other hand, with the private infrastructure, you also have to anticipate the recurring expenses on maintaining the in-house system and ensuring its security. Contrastingly, the paycheck for the cloud already includes all of it.

This was one of the main reasons why BrightEdge opted for AWS and Splunk. They were looking for a secure computing environment to protect both customer data and the company’s intellectual property. Apart from this, they needed to automate logging and monitoring, simplify resource access and encryption. The cloud helped BrightEdge to avoid dealing with hardware and equipment maintenance and investing a great deal of money up-front into on-premises.

Indeed, building a private data center costs a pretty penny and takes a great deal of time. Consider what it took Moz to transition from cloud to hybrid environment.

The company decided to move out of the cloud in 2012. To set up their own data centers in Virginia, Washington, and Texas, they had to spend $4 million in lease obligations.

“On a cash basis, we spent $6.2 million at Amazon Web Services, and a mere $2.8 million on our own data centers. The business impact is profound. We’re spending less and have improved reliability and efficiency,” Moz CEO Sarah Bird explained.

“We create a lot of our own data at Moz, and it takes a lot of computing power. Over the years, we’ve spent many small fortunes at Amazon Web Services. It was killing our margins and adding to product instability,” she wrote.

However, the company hasn’t completely abandoned AWS. According to Moz CTO Anthony Skinner, they have about 2,000 servers on the public cloud and are using AWS and other cloud services for short running stateless processing.

“For our longer stateful processing or apps that need to be available 24/7 with no variability in load, we have purchased our own hardware (a process that has been going on for over 18 months). Owning the equipment plus the data center will run us approx 1.2 million including growth to build a hot back up,” wrote Skinner. “At our current size, our AWS bill will not be $7 million but closer to $500k-$1 million a year,” he added.

By all means, about $6.8 million is a significant upfront cost for the data centers, not to mention spending a year and a half building them. Still, the hybrid solution saves the company about $4M a year compared to around $7M of anticipated yearly spendings on the cloud alone.

Weighing up the clouds and the bricks

In the end, the answer to the question if the future is in the cloud is most likely “no.” However, it depends on how far into the future you’re considering this question. If you need a quick start, fewer headaches for the in-house development team, and do not have enough resources to invest in on-premises, then pay-as-you-go cloud should be the right solution. Though, provided that you have more time and staff at your disposal, the least expensive option is renting web servers on a subscription basis.