What’s the difference between rank absolute and rank group?

The parameter called “rank_absolute” shows the absolute position among all the elements found in SERP. In other words, when you get ads, organic results and local pack elements in one SERP, Rank Absolute will indicate the rank of each element counting all elements of all types found in SERP.

You can see the difference between “rank_absolute” and “rank_group” illustrated in the image below. Here we have all highlighted elements of different types, so all of them have one as the “rank_group” value. However, if there was a “paid” type, aka a text ad, instead of the shopping ad, then the second ad in SERP would have “rank_group”: 2. 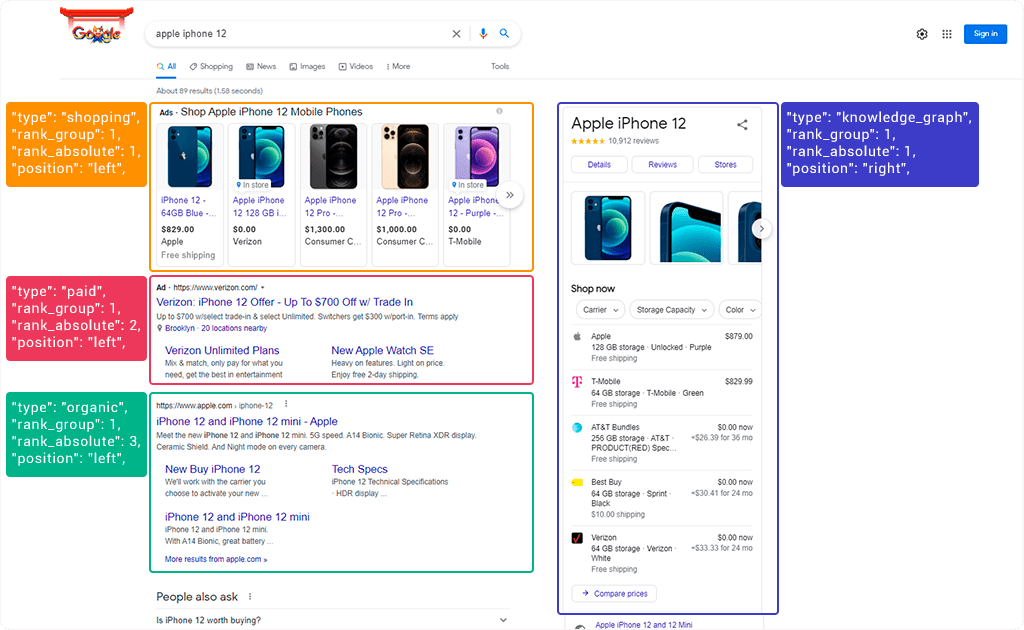